I hope your all’s 2015 has been off to a great start! Even though i’s not even February, I feel like so much has already happened. The first big thing of 2015 for me was taking my RRCA coaching certification course. It was a 2-day course totaling 18 hours, and it was pretty vigorous in my opinion. Not only did I learn a lot about coaching others, I also had a rude awakening in regards to important training principles that I haven’t been following.

Mainly, I’ve simply been trying to do too much at one time. I spent the first two weeks of 2015 doing Ironman training, which ended up being 3-6 hours of working out every day. I felt great, but I didn’t have enough time to do 100K training. This year, running 100K is important to me, and the only way I’m going to become a better runner is to, well, run more and run smarter. So while I do want to do an Ironman in the future, I don’t think 2015 is the right year for me.

I also realized that I haven’t been doing specific workouts for specific purposes. I’ve focused too much on simply building weekly mileage, and I’ve disregarded incorporating specific types of runs. I want to focus on becoming a stronger, more efficient, faster runner, and my workouts need to be tailored for that purpose.

After my coaching certification course, I re-wrote my 2015 training plan with the main goal being the 100k in September. I’m doing base training for 10-12 weeks from January to mid-April, followed by an 8-week meso-cycle to build speed and strength, followed by a 15-week meso-cycle to build speed and strength endurance. I’ll include more details about types of runs/workouts later, but I’m much more confident in this plan than I was with my last one.

As promised, below are pictures of my progress from the last four weeks. The first two weeks went very well, but unfortunately, I’ve been sick for the last week or so and haven’t been able to work out at all. There will always be setbacks, but as long as I keep moving forward, I’ll come out stronger in the end. How are your 2015 training goals coming along? 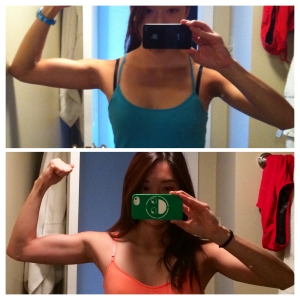 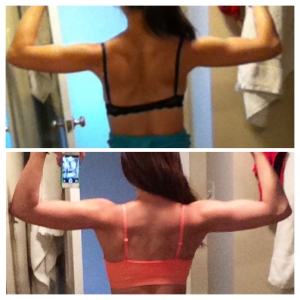 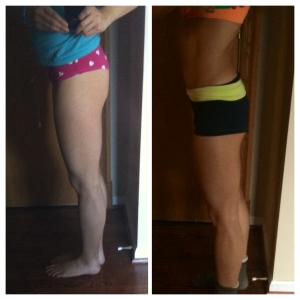