Earlier today, a special someone commented on one of my older Instagram photos, “Crazy this was 3 months ago and now you can run 32 miles! You’ve made some amazing progress!”

The photo was a little collage (below) depicting my Garmin that read, “Longest run! 14.28 (miles),” a post-run berry smoothie and the obligatory sweaty selfie. That day marked the longest run to-date since my injury last September–a feat of which I was/am super grateful. 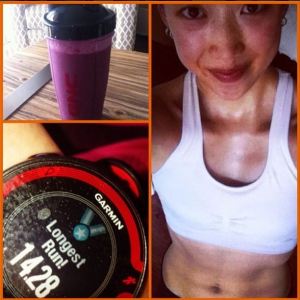 I thought about the comment for a minute and reflected on the races I’ve been lucky enough to run in so far this year. Last summer, following DC2BOSTON, I was overly eager to run my first ultra and signed up for a 12-hour run in Philadelphia just about four months away. Having run multiple marathons before, I thought to myself that by training hard in a relatively short amount of time, I’d be able to run an ultra with few problems. As one might expect, I was smacked in the face by reality, and my ego was deservedly stomped into the dirt.

The six months that ensued sucked, to say the least. But those six months changed me. I returned to running as a more patient, appreciative and, most importantly–humble–runner than I was before. I now pay more attention to what and when I eat, the quantity and quality of my sleep and the importance of rest and recovery, and I am better able to listen to my body to give it what it’s telling me. These factors have been just as important–if not more important–than my training itself.

I am also humbled by the incredible athletes I have met and by the stories of people I could only wish to come to know. Running 50K does not seem like much of a feat compared with even a fraction of what goes on in the ultra community. But as long as I continue to make progress–no matter how slowly–I will be happy.

That being said, yesterday’s race was a wonderful day. When I woke up at a quarter to 5 on Sunday morning, I knew it was going to be an extra special day. Curtis–that “special someone”–was going to run the first 10-mile loop out of three around Rosaryville State Park in Upper Marlboro, Maryland to complete his first race and longest run to date. Running to me has, until recently, been a very solo activity, so having someone to share my joy and love for running makes my heart smile.

As we drove to the park, we shared a thermos of coffee as Curtis jammed out to up-beat music; I smiled but sat in mostly silence as I tried to quiet my mind of my racing, pestering thoughts. My pre-race jitters were exacerbated by a stressful packet pickup–the line to pick up our race bibs/timing chips was long and slow-moving (so much that the race was pushed back about 30 minutes); the line to the one and only bathroom on site was the same, in addition to there being scarce toilet paper; and runners were voicing exasperation and confusion about where to put their drop bags.

When the race got going at 7:30, however, the rhythm of my feet and breath got into sync slowly got into sync, and my mind became still. The course was beautiful–lush, green and shaded, and the trail was windy, slightly hilly and relatively smooth. Aid stations were spaced about 5 miles apart, which allowed me to carry minimal items and break the race up mentally into manageable sections. Usually silent throughout a race, it was nice to be able to exchange words of encouragement and enjoyment with Curtis for the first loop. At about 9 miles, our courses forked, so he went on to finish the last mile of his race (a big congrats to him!), and then I was on my own.

The Rosaryville Trail Runs featured a 10k, 10 mile, 25K and 50K option–all with the same start time. So needless to say, after the first loop, I really was on my own. I fell to the back of the pack (still working on my speed), and I was pretty alone for the next five hours. It was beautiful. While I have recently learned to love running with others, there’s nothing like the quiet meditation that can come with running through the trails with just you and nature. Sure, 30+ miles can lead to sore muscles and burning lungs,but that’s all part of the fun, right? Here are some photos from the day (I didn’t end up taking any on the course itself): 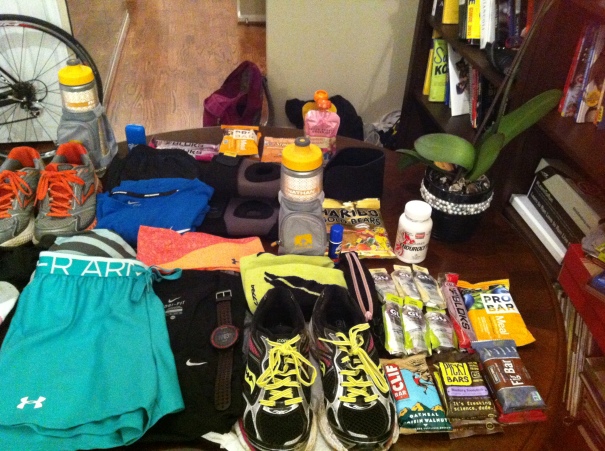 My kitchen table the night before with all the essentials 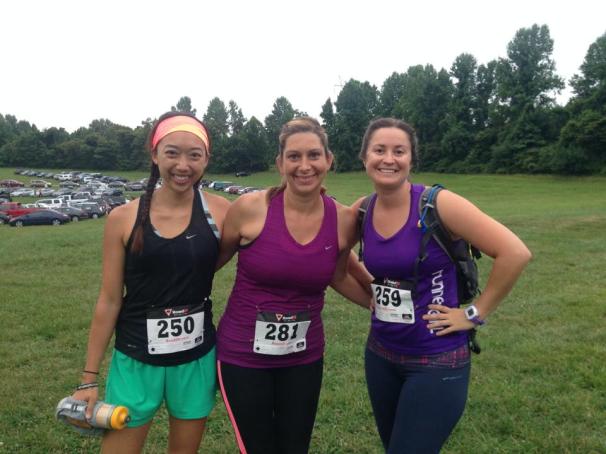 Before the race, with Laura and Lauren (from DC Capital Striders and Potomac River Running) 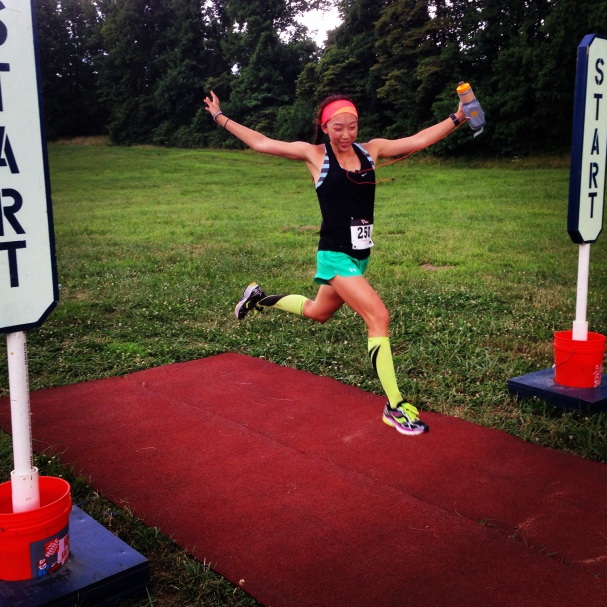 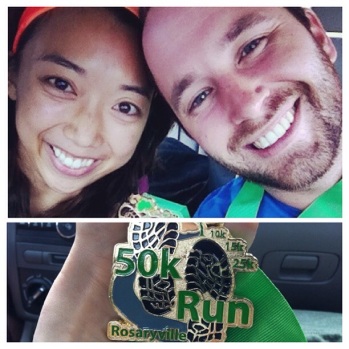 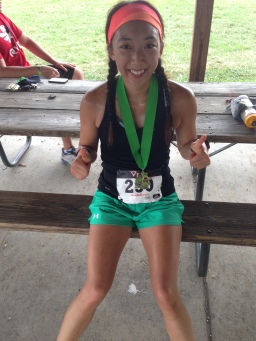 I ended up finishing in 6:56:21–about five minutes faster than North Face. Not a huge feat, but any progress is still progress. Onward!